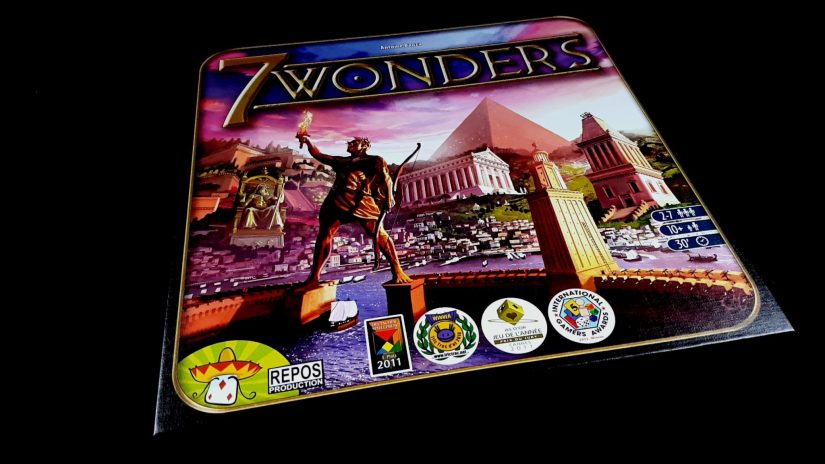 The board game 7 Wonders was first published in 2010. Its developer is Antoine Bauza. It is based on draft technology. The game is considered one of the fundamental in the development of games based on the draft principle. The game has more than 30 international awards. You will be in charge of one of the seven antique cities. Building a city, developing art and science, extracting natural resources from your city, establishing trade relations and increasing your military might are your main goals to strive for during the game.

The main element of the game, of course, are the city cards, a total of seven, one for each city. Also in the set you will find cards of three ages. The first age card deck consists of forty-nine cards, the second deck also consists of forty-nine cards, and finally the third age card deck consists of fifty cards. The set also includes forty-six “conflict token,” coins in denominations of one and three. In the box players will find a special board for recording victory points for goals accomplished during the game, a rule book, and two special cards.

Setting up the game and the beginning

Each participant is given a “Wonder board” with one of the ancient cities, a starting capital, a special “Miracle” card, and seven cards of the first age. Then the game can start.

Each player lays out one of their cards and performs the action represented on the card. In order to use a card, it must be paid for.

There are a total of 7 types of cards in the game, differing in background color:

A special feature of the game is the draft principle. After each turn, participants pass their cards to a neighboring player. This is the technology of the draft. It is needed to reduce the influence of chance and luck on the result of the game. Also, it is an opportunity to influence the progress of the city of another player. This makes the game more exciting. As mentioned, the game ends after the third age. At the end of each of them there are military conflicts, which is what the “conflict tokens” are for.

The calculation of victory points begins. All actions performed during the game are taken into account. The player with the maximum number of points is the winner

The board game “7 Wonders” is worth playing. You will have to include strategic thinking in order to minimize the influence of other players on your city, and planning is a quality for real city managers. 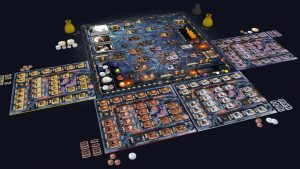 Previous post Review of the board game “Brass Birmingham” 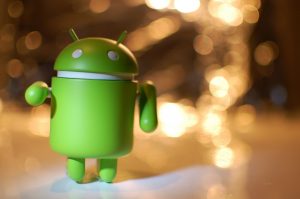